Job Hunters: What You Value Matters

Discover what really makes you great at your job.

Who would have thought that a 10 minute survey would tell me so much about myself, what matters to me, and match me with a job that fits me so perfectly? 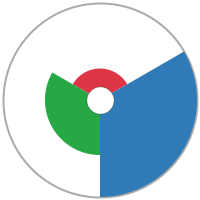 The Sweet Spot Survey taught me about the kind of work I would enjoy and was built for, something I’d known but was never able to put into words. In 10 minutes I got it!

How the Sweet Spot Helped John

John is in quality control for a leading paper manufacturer. While it's not his dream job, it's been paying the bills for 5 years. Prior to that, he was a stocker in a warehouse - steady work, but far from fulfilling. While he's always been thankful for a job, he's never been very engaged by his work. He often found himself day dreaming at work:  “Why do some people seem to find the perfect job, but I can't?"

As time went on, John felt as though he wasn't making any real progress. He got a pay raise here and there, but he never felt fulfilled by his job. Ironically, he became so bored and uninterested in the daily, repetitive and detailed tasks of quality control, that the actual quality of his own work began to suffer.

John felt he had more of a ‘job’ than a ‘career’. After taking an honest inventory, he realized that making career progress in his current position was unlikely because he had become so disinterested.

When John was new on the job, the newness kept him engaged, but he's long since realized that this is NOT the job for him. He began to wonder if he just didn't have what it takes to achieve a successful and thriving career. He wondered if he would ever be a true professional that was admired among his peers, or if he would end up retiring, tired and worn out.

Do I really have what it takes to succeed?

John eventually began to think he should just lower his expectations, abandon any dreams of doing better, and just accept his current lot in life. But there was still a voice inside him that wouldn't be silenced. A whisper reminding him that he had a responsibility to do better, not just for a bigger paycheck, but simply to feel better about himself and the direction of his life.

The question remained, though: How would John break the cycle of unfulfilling work that added no meaning to his life?

John wanted to be an example to his children of what work is supposed to be. He wanted to demonstrate you can have a job you like and not just one that’s available to you.

A friend introduced John to the Sweet Spot Effect. He took the survey, and in ten minutes he learned about the type of work he was built for. Suddenly, it all made sense. He understood why he was so frustrated with work, and he was relieved to discover that he wasn't an underachiever lacking the ‘stuff’ it took to be successful. He'd simply never had the opportunity to align his job with the kind of work he was wired for, and that gave him joy.

The survey showed he was an Optimizer, but he was working in a Stabilizer role most of his life. What he enjoyed most was actually creating systems and solutions, and not just executing the day-to-day tasks.

As he began to shift into Optimizer thinking, he soon found that his daily tasks weren’t so boring. In other words, he thrived in a new sense of ownership. John was an Optimizer, and what mattered to him most was helping people find solutions and figure things out.

He began to take initiative to note ways to improve the systems he worked in. When he began to notice how his improvements were yielding actual results, he drafted a small report on what he did, why he did it, and how it worked. He explained in the report about the thinking of an Optimizer the value he could bring to the team. He emailed it to his boss, and from that day his job was never the same.

Management began to look at him differently. They valued his input more, and began letting him provide input to their decisions. They were so impressed by the improvement of his work and attitude, they had everyone in his department take the Sweet Spot so that each person could have a chance to flourish on the job like him.

John's self-esteem boosted, his confidence increased, his value on the job skyrocketed, and he was an overall happier, more fulfilled person.

Today, his contributions at work are more impactful, and he’s happier and more fulfilled than ever before!

He realized that he'd spent 25 years of his working adult life outside of his sweet spot, and he had suffered for it. Now he was able to communicate what mattered to him most and align his work with that. Within a year John was promoted to management.  Now he’s engaged at work, sleeps better at night, has a bright career ahead of him. As a parent, John is also training his son and daughter to discover their own sweet spot at a young age so they don't end up wasting years in the wrong job like he had.