Our volunteer retention is higher and everyone is working better together since I started using the Sweet Spot Survey for prescreening. 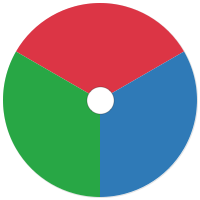 We've been able to get so much more productivity and progress from our volunteers since implementing the Sweet Spot!

Jacob serves as the Volunteer Director of a nonprofit that provides job training and readiness for ex-offenders, former addicts, and others from disadvantaged circumstances. They operate with a small staff and depend heavily on volunteers.

Jacob has always been good at casting a vision to attract passionate volunteers. However, over time he saw volunteers begin to lose their zeal and drift away. In fact, the average length a volunteer served decreased every year over year — from 6 months to 2 months. Looking at the data, he realized he was going to lose more volunteers than he gained this year; which was undermining the morale of everyone in the organization.

Losing volunteers led to a lower capacity to serve, and a noticeable decrease in donations.

These issues were also taking a personal toll on Jacob. He was beginning to suffer from stress, anxiety, and even sleepless nights. He realized that if he didn’t turn things around with his volunteers, the nonprofit’s capacity to serve his community would continue to diminish until the future of the organization was in jeopardy.

Jacob set two goals for himself:

Additionally, Jacob’s goal was to boost donations by 20% with a reinvigorated Volunteer Program. He’d seen in the past, if volunteers stayed excited about their work, they could help attract more volunteers as well as donors. Getting the volunteers ‘hitting on all cylinders’ would also allow management to focus more on developing programs, fundraising, and increasing capacity.

Jacob was introduced to the Sweet Spot by one of his board members who had great results with it in her company. She recommended it after Jacob began to fully divulge the danger posed to the nonprofit’s dwindling Volunteer Program.

Jacob was intrigued by the way she described how the Sweet Spot was able to turn the tide of low engagement among her employees. He decided to give it a try. When he took the survey he learned what it meant to be a Mobilizer, an Optimize, or a Stabilizer. Then he created volunteer job descriptions that clearly identified what type of Sweet Spot profile that role needed.

Next, he had all the volunteers take the Sweet Spot Survey, and then began to shift them into volunteer roles that better fit how they were naturally wired. People quickly began to identify themselves as Mobilizers, Optimizers, and Stabilizers, and they became energized about doing their volunteer work from that perspective. They reported that it made them feel that their volunteerism was more intentional and purposeful. As a result, they began to recruit their friends to volunteer as well.

Overall, the Sweet Spot raised volunteer recruitment and decreased turnover. It increased the length of time volunteers stayed to serve and boosted their morale.

Donations are up, productivity is up, turnover is down, and Jacob is feeling more in line with his purpose than ever before.