Don't just settle for a paycheck.

I wasn't happy with my job. The Sweet Spot helped me explain the problem to my boss who was then able to give me a role that fit me better. 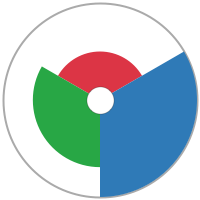 Talk about feeling stuck with no chance of promotion. That was me - extremely dissatisfied and disengaged. But after taking the Sweet Spot, everything changed!

He loved the company and believed in the work it was doing. He also enjoyed the overall company culture and the team he was working on. However, he'd begun to feel his career was stalling.

As his prospects of getting promoted to full Project Manager seemed to grow dim, so did his motivation to do the day-to-day work of an Assistant Project Manager. That left him feeling unfulfilled, dissatisfied, and questioning whether or not he should have taken the job in the first place.

His evaluations were always satisfactory, and the idea of being promoted to full Project Manager had come up, but there was still no advancement.

The Project Manager he assisted had given no indication of retiring any time soon. In fact, he was only about 10 years older than Justin. The possibility of Justin getting promoted to that position any time soon wasn’t likely.

This left Justin considering whether he should begin looking for Project Manager opportunities at another company.  Even though he was still early in his career, and he liked the organization as a whole, his career advancement was more important to him. He figured he should make that transition sooner rather than later while he still had his whole career ahead of him.

I actually really liked the company and the people, but I simply could not stay there much longer with no prospects of being promoted.

Justin determined that he would begin looking for other opportunities the beginning of the following week. He knew he couldn’t put in his two weeks notice until he had a new position secured, so he resolved that he would not stop looking until he found the right job for him.

Justin began to work his plan, but early in his networking and search for a new position, something unexpected happened. His department head required that all employees take the Sweet Spot Survey. The company had begun subscribing to the service, and was beginning the process of assessing the health of their teams.

The first step was for each employee to take the survey to determine if they were a Mobilizer, an Optimizer, or a Stabilizer, and then determine if and how they could be more productive in their current role; or if they would be more engaged in a different position.

Each supervisor went over the results with their team members so they would understand their Sweet Spot profiles. Justin turned out to be an Optimizer.

For Justin, his results gave him a clearer framework to what he already knew about himself. He thrived off building systems and inventing solutions; which is why he decided to become a Project Manager in the first place! This was his Optimizer side in action.

However, in his day-to-day work as an Assistant Project Manager, Justin had to actually do the work of a Stabilizer. While he was able to do that work well, it began to drain on him.  He could see now, why he had become so disinterested and dissatisfied. He wanted to do more hands-on building of systems and running of projects at a high level. As an Assistant Project Manager, he simply was not challenged enough.

At the same time, the survey had a similar effect on many of the company’s employees. It revealed a large portion of them were doing work that didn’t maximize their unique motivational style and intuitive core values.  As a result, the company took the time to reorganize so that as many employees as possible could do work that aligned with their Sweet Spot.

Justin was thrilled to find out he was now able to stay at the company he liked and also do the work he was truly passionate about.

I was ready to leave the company. But after we took the Sweet Spot Survey, the company realized I was capable of so much more, and I got the promotion.