Hire Right for a Perfect Fit – Every Time

Our turnover is lower and everyone is working better together since I started using the Sweet Spot Survey for prescreening. 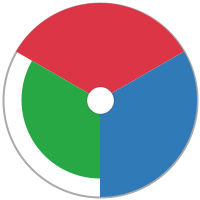 Our turnover is lower and everyone is working better together since I started using the Sweet Spot Survey for prescreening.

Hire Right – For A Perfect Fit

I’m more confident than ever about my hires because I understand their Sweet Spot.

Matt is the HR Director for an IT company who was losing market share to a new startup that had a reputation of being run by younger management and engineering teams who brought the latest innovations in management style. Word was that the people were high energy and more excited about their product and relationships with their customers than Matt’s company.

So Matt was tasked with bringing that level of excitement to their employees, as well as decreasing the turnover. In fact, they lost two of their best employees to this competitor.

How can I make work more fun and engaging for my employees and decrease the turnover?

In his gut, Matt already knew the people at the company had just been coming to work for years operating from a status quo. No one ever felt a need to improve - that is until the newer company began to take market share from them. Once Matt began to think of the issue in this new light he began to set goals for the company.

One goal was to stop the exodus of valuable personnel and help regain market share in the next 12 months.

Prior to that, he committed to cultivating a company culture that would boost employee engagement and morale, change the way they hired new employees, and retain current employees longer.

He knew that if he could do these things, he had the opportunity to turn the tide for the whole company.

Matt had always hired with a focus on filling roles with the right people based on their work experience, and how well the candidate might fit the company culture. So focusing on employee engagement and fulfillment was a new way of thinking for Matt, but it made sense.

He began talking to some colleagues in HR at other companies and was referred to the Sweet Spot Effect and the survey they offer. He took the survey himself first, and found out he was a balanced Mobilizer / Optimizer. That made sense to him because he’d always liked inspiring and encouraging others as well as inventing new solutions.

Matt then had all employees take the Sweet Spot Survey. He found the productive employees were in roles that allowed them to do work that energized and engaged them. Mobilizers were leading small teams. Optimizers were creating systems and products, and Stabilizers were making sure day-to-day tasks were completed on time.

Other less productive employees were not doing work that aligned with their Sweet Spot, and this was more than half of the company.

He no longer viewed employees as simply underperforming, but rather hired into the wrong role or in the “wrong seat”. He identified this as the people problem he needed to solve.

So Matt gave each manager a challenge: Look at your department’s org chart and add to each position whether that role should be filled by a Mobilizer, an Optimizer, a Stabilizer, or a combined profile. Then determine which roles need to be adjusted, and which personnel need to be moved to a position that would engage them. Anyone who didn’t fit at all, would have to be let go to make room for a better fit.

As people started taking the survey, light bulbs began coming on throughout the company. Employees learned more about themselves and the type of work they were wired for, and management discovered they had been missing critical data in their hiring decisions.

In addition to some lateral moves and a few terminations, the company began using the Sweet Spot Survey to prescreen candidates to make sure they only interviewed someone for a position if they had both the hard skills and the right Sweet Spot profile for the job opening.

It began to save HR and hiring managers a lot of time that would have otherwise been spent on interviewing wrong candidates. It also resulted in new hires being more naturally engaged in their work and more productive. In six months, they stopped losing staff and clients and after a year they had their first two consecutive quarters of growth in three years. These phenomenal results were attributed to Matt’s work in implementing a system using the Sweet Spot Survey that had boosted morale and engagement, and that made the company attractive to top talent.

I’ve never worked at a place where so many people loved their job and were so consistently productive.