Engage Your People – Break Through the Barriers

I was able to align more team members with work that energized them, which in turn made them more productive. 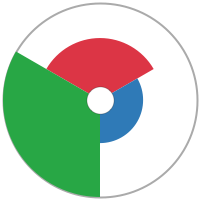 I was so tired of feeling like I had to be 'the boss from hell' for my team to be productive. The Sweet Spot changed all that.

Bruce is the Director of Market Research at a mid-sized oil and gas company. Millions of dollars depend on their data being current and accurate, and in their industry, that data changes daily.

It requires a team of employees who are up to the challenge of constantly digging through real-time data. The problem for Bruce, however, was that not all of his team was pulling their weight. They had to be micromanaged and were easily distracted by personal issues, other interests, and social media.

They didn't really see themselves as stakeholders, and Bruce felt like he needed to be a taskmaster over disengaged employees to hit the numbers.

This was causing him to question his own management skills. Could he get the team to really engage and enjoy working on the bigger picture? Could he lead his team rather than push them?

Can I lead this team rather than push them

Bruce gave himself 90 days to see some improvement, or he was going to have to start replacing people. He was determined to get his whole team more engaged. He wanted them to offer solutions and think through problems together. He needed to prevent more bad morale from spreading, and to replace it with a we-can-do-it attitude.

Personally, he wanted some peace of mind for himself that the job would get done without him having to micromanage people, and he wanted each team member to be willing to go the extra mile for the good of the team.

A friend from another company told him he should assess his team using the Sweet Spot Survey.  Something he’d never heard of but he had problems that needed solutions. If it could help, he would use it.   Bruce realized that a lot of his problems were the result of looking just at each person’s hard skills, and more than that, he needed to identify what type of role and function each employee was best suited for.

After the Survey he realized that certain people were better at helping him lead and manage. One in particular hadn’t been given the chance to flourish in that area, she was tasked with data analysis all day. It isn't that she didn't like numbers, but as it turns out, she really wasn't fulfilled without being able to contribute to leadership. She took more pride in helping shape the vision and leading others on that path than she did in turning in a spreadsheet with perfect numbers. Her Sweet Spot Survey identified her as a Mobilizer, but she had been forced into a Stabilizer role because of her technical skills.

Bruce decided to let her take the lead on a project, and it finished ahead of schedule and exceeded expectations in its results. Since then, Bruce has continued to rely on her to help lead the team, as well as crunch numbers.

Had he never engaged the Sweet Spot Survey, he wouldn't have known that this employee had the ingredients of a leader. In fact, she wasn't fully aware of it either because no one had ever given her a chance to learn that about herself.

Bruce aligned more team members with work that excited them, which made them all more productive.  All in all, Bruce saw a 15% increase in productivity, morale was dramatically up on the team, people enjoyed coming to work, and he was finally able to be the type of manager he wanted to be.

Productivity and morale are up, and I can finally be the manager I want to be!