For the first time, I feel like I’m actually appreciated at my job, and that my work is making a real contribution to the overall success of the company. 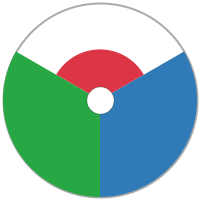 How the Sweet Spot Helped Tom

My name is Tom. I’ve been working as an auto mechanic for 10 years. I’m licensed and have the experience and skills to get hired on at any auto shop. So job security isn't the real issue for me, but job fulfillment is.

I’ve worked at two shops over the years before this one. I’ve always been grateful for my job, but I’ve never really felt like I was important to the companies I’ve worked for. Sure, I consider myself a capable mechanic, but there’s a ton of capable mechanics. The fact of the matter is that push come to shove, I was replaceable. Although I was good at my job, so were a lot of other people.

The fact of the matter is that push come to shove, I was replaceable. Although I was good at my job, so were a lot of other people.

A few years ago, I turned 30 years old, and I began to think more about my career, and the path I was headed down. I love working on cars, and it’s something I think I’ll always do, but to be honest, when I turned 30, I looked at some of my coworkers who were in their 50’s, and something inside me said, “I don’t want to be doing this at 50.” Not that there’s anything wrong with that, but I just began to feel that I needed something different.

The problem, though, was that I didn’t know how to get there. I didn’t get the sense from my boss at the time that he considered me management material. In fact, there were a few times that he seemed to express that we mechanics in the shop should just be grateful for our jobs because, like I said earlier, we were replaceable.

So that got me thinking, “How do I set myself apart?” What could I contribute so that I wouldn’t be so easily replaceable. I didn’t go to college, and the only professional work experience and licensing I had was as a mechanic. So that put me in the same category as any other licensed mechanic.

So that got me thinking, “How do I set myself apart?

I didn’t think I was better than my coworkers, and mechanic pay wasn’t bad, but I wanted to contribute something more than the average mechanic. So I asked my boss what I needed to do to get on a path to management. He kind of laughed and he asked me, “Well, can you manage?”

I paused for a moment, and inside I honestly didn’t know if I could, but I didn’t want to say that. However, I also didn’t want to come across as cocky or over confident, so I replied that I believed I had what it takes to be a manager if given the chance to learn.

My boss kind of shrugged his shoulders and said, “Well, I'll let you know if an Assistant Manager position opens up, but there’s nothing open currently.” I thanked him and went back to work.

His question stuck with me. Given the opportunity, could I actually do the work of a manager? I honestly didn’t know.

I was sharing the talk I had with my boss with a friend who's in management at his job, and he explained to me what soft-skills are, and how important they are in today’s job market. Then he suggested I take the Sweet Spot Survey. He said everyone at his company had taken it, and many used what they learned about themselves from it to realign their work with how they were naturally wired, and that this enabled them to excel faster through the ranks in the company. I was all ears!

He sent me a link to the Sweet Spot Survey and I took it. I found out that I’m a balanced Optimizer / Stabilizer. Suddenly, it all began to make sense. As a shop mechanic, I was only doing the work of a Stabilizer - the same thing day-in and day-out. I fixed cars every day, and generally I fixed the same set of common problems. But I was also wired to be an Optimizer, to create systems and build solutions.

It all began to make sense. I was doing the work of a Stabilizer - the same thing day-in and day-out. But I was wired to be an Optimizer, to create systems and build solutions.

So that’s where my unrest in my job came from. It wasn’t so much that I wanted to be a manager per se, but that I couldn’t see myself being a single-track mechanic for the rest of my career because that’s a Stabilizer role, and I'm also an Optimizer.

So my best contribution, the contribution that would set me apart and make me less replaceable, had to come from me working in my role as an Optimizer, not a Stabilizer.

Once I realized this, I felt empowered to operate at a higher level than I had before. So rather than wait for an assistant management position to open up, I took the initiative to begin working as an Optimizer, even while I was still strictly a mechanic in the shop.

I had always noticed how a lot of the mechanics (myself included) always relied on a few of the more experienced guys on some of the tougher issues. This of course took up more of the experienced guys’ time. Of course, there’s nothing wrong with asking for help in the shop, and it was encouraged. However, I began to see how it could become a crutch. Instead of learning something for ourselves, we’d depend on asking the more experienced guys.

So for a week, I went to the experienced guys, and I asked them to secretly track how much time they spent helping the others in the course of a month. I then tallied all that up and found it to be close to 40 hours in a month between the 3 more experienced guys. At their rate, that came out to over $1,200 in lost productivity a month.

So I began to think of a way to solve this. I decided that we might incentivize the team to rely less on those 3 more experienced guys. We’d run a 3 month prize campaign. The less time you took from the experts, the more cash prizes you’d get. I worked out the number to make financial sense, put it all on paper, and showed it to my boss.

I was a bit nervous when I showed it to him, but he loved it! He didn’t even know how much productivity we were losing by too many of us relying too heavily on those 3 more experienced mechanics.

He was super-impressed that I noticed it, put a dollar amount to it, and presented a possible solution. We tried it out and it worked ... although not as well as I’d hoped. But ever since then, I haven't looked at myself the same, and neither has management.

I now know where my real value lies, and how I can contribute in a way that is uniquely me. I presented a few more ideas to management over the next 6 months. Some they acted on, some they didn’t.

I now know where my real value lies, and how I can contribute in a way that uniquely me.

But 3 months later, an Assistant Management position did open up, and my supervisor came to me specifically and asked me to apply. More than that, he even asked me how I would like to contribute if I got the role, and he added some of that to the actual job description. He was basically tailoring the new position for me.

No other employee at the company could say that. I really felt appreciated and valued, and that my contribution mattered. And I definitely did not feel replaceable anymore.

I ended up getting the Assistant Manager position, and I can sincerely say I owe it to the Sweet Spot. If I hadn't realized I was an Optimizer, I would have never had the confidence to present that first idea to my boss, and I’d likely still be just a shop floor mechanic with no real path forward.

But thanks to the Sweet Spot I found out how I was wired to work for success, and I’m now on the path towards upper management, contributing a unique value that comes naturally to me. This is how work should be!