We experienced a noticeable boost in morale, and a healthy reduction in staff and volunteer turnover. 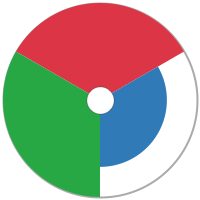 Cast a More Compelling Vision for Your Nonprofit

The Sweet Spot has added a powerful new dynamic to our vision casting. It’s enabled our staff, volunteers, and donors to personalize and internalize our vision by realizing how they are uniquely designed to contribute.

Tiffany is the executive director of a nonprofit that provides after school and summer programming for at-risk youth. She began to notice a difference between her volunteers who donated, and those who didn’t. Volunteers who were donors had a sense of ownership. They possessed a sense of responsibility for the well being of the organization.

Too many volunteers and employees didn't recognize their value to the organization.

Tiffany also became aware that many volunteers - and even some staff - viewed themselves as replaceable, as if their contribution was not significant. This led to a decrease in their zeal to serve and their engagement with the vision; resulting in a higher turnover rate among both volunteers and staff.

Tiffany determined that she needed to get the employees and volunteers to buy into the vision more. To personalize it, and internalize it the same way faithful donors did. She also wanted to boost overall morale and increase the passion folks had for their mission.

Additionally, she wanted all employees, volunteers, and donors to see themselves as valuable to the organization and to stay passionate about the nonprofit’s purpose.

Tiffany was introduced to the Sweet Spot by a volunteer from another organization that had used it to get the entire staff more engaged with the vision. To start, Tiffany took the Sweet Spot Survey herself. As the executive director of a nonprofit, she wasn’t surprised to see she was a healthy mix of Mobilizer and Stabilizer. She’d taken a few psychological assessments before, but she was intrigued by the simplicity of the Sweet Spot’s circular model.

She began to use it as a bridge between the organization's vision and a person’s unique abilities, talents, and personality. She had all her employees and volunteers take the survey to determine what their Sweet Spot profile was, and then used the results to do two things.

Tiffany was then able to cast a vision that not only included the nonprofit’s commitment to serve at-risk youth, but also a commitment to help staff and volunteers move closer to areas of personal fulfillment.

This led to greater buy-in of the vision from staff and volunteers. They began to take ownership as they recognized the areas of contribution they were uniquely wired for. No longer did they feel replaceable. They adopted a sense of responsibility for the success of the organization because they we able to recognize the value of their contribution.

Within a year, the organization experienced a noticeable boost in morale, and a healthy reduction in staff and volunteer turnover.